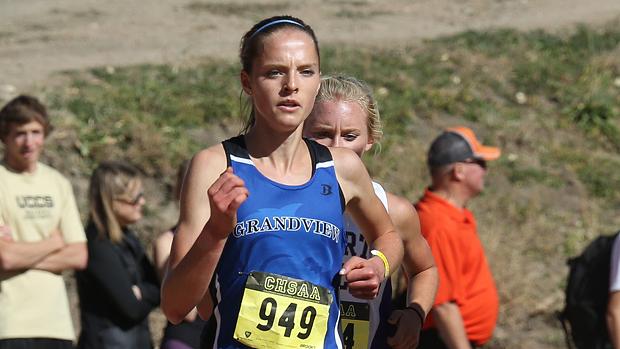 Nobody in Colorado came close to solving the Brie Oakley puzzle this fall. Photo by Jeff McCoy. 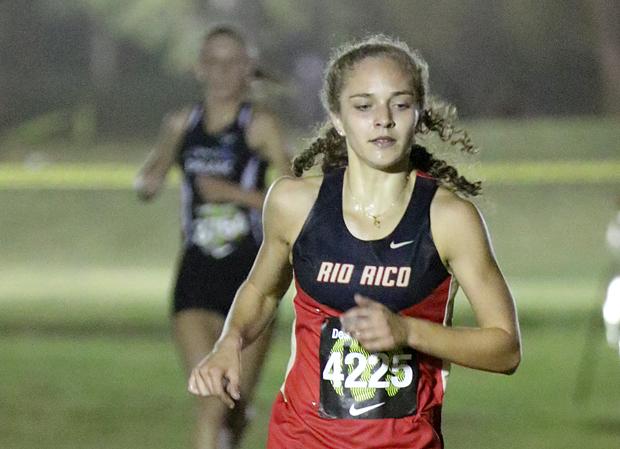 Analysis: If there is anyone in the nation who can give Brie Oakley a stern test, perhaps that person might be Allie Schadler racing on a course only one hour from home. Schadler has laid waste to the Arizona competition this fall much as Oakley did the Colorado competition. This should be one of the best individual showdowns of the entire season. Oakley won 17:07 to post the top time at the Colorado state meet. Schadler did the same in Arizona with a 17:03. Schadler has a bit of extra motivation in that she missed last year's post season competition due to an injury and figures to be making up for lost opportunity in her senior season. Neither Oakley nor Schadler have tasted defeat this season, though both have stayed within the boundaries of their home state. Something has to give on Saturday.

If either or both of Oakley and Schadler falter, Fort Collins' Lauren Gregory knows this course like the back of her hand and figures to be well positioned to pick up any pieces.

Realistically, there's probably a meaningful gap between Oakley, Schadler, and Gregory and the next wave of finishers. None of Oakley, Schadler, or Gregory, though, figure to be part of qualifying teams, so the competition figures to get pretty intense for the two remaining individual berths (assuming these three accept individual bids to NXN). Among those most obviously in the hunt for those two remaining slots are New Mexico 6A champion Amanda Mayoral, Utah 5A champion Whitney Rich, Colorado 4A champion Maria Mettler, Arizona Division 3 runner-up (and sister to Allie Schadler) Samantha Schadler, plus Colorado 3A champion and runner-up Kayla Young and Quinn McConnell. Note that McConnell finished a mere nine seconds back of Allie Schadler at Desert Twilight in September.

Others with more distant hopes could include Sara Musselman of American Fork, Ivy Gonzales and Madison Mooney of Broomfield, Anna Shults of Peak to Peak, Julie Sumison of Springville, Sadie Sargent of North Summit, and Kate Hunter of Provo, 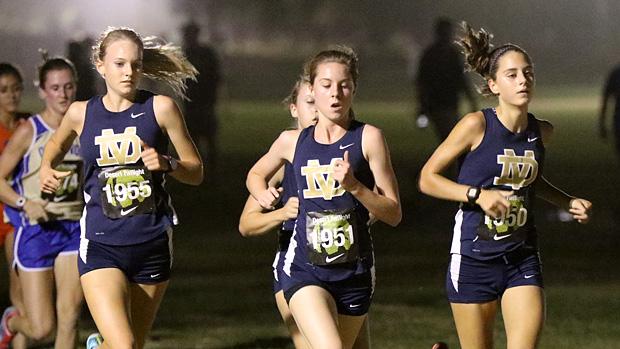 Desert Vista brings a compelling win at Woodbridge--including over national notables Great Oak and Southlake Carroll--to the table. Desert Vista also cleaned house against a solid field at Desert Twilight. Running less than an hour from home, it's difficult to see DV as anything other than a clear favorite this year.

Which is not at all to suggest that the other teams are of substandard measure.

Broomfield stayed inside the borders of Colorado this fall, but Mountain Vista ventured to Woodbridge, where they finished fourth behind Desert Vista, Great Oak, and Southlake Carroll. Both American Fork and Davis ventured to Bob Firman, where the twin towers of Utah girls cross country notched a 2-3 finish behind Jesuit of Oregon.

Honestly, it's difficult to see any of the region's other teams wedging into a possible at-large position with the competition being as stiff as it is through the top five teams. But, there's also good reason why the race takes place on a course and not online. Based on large meet performances during the season and state meet performances over the last month, the dark horses would appear to be Battle Mountain (CO), Rio Rancho (NM), Peak to Peak (CO), Lone Peak (UT), and possibly Timpanogos (UT). Timpanogos could still be smarting over a bit of a flat performance at State and may be aiming to find some redemption in Arizona.

Photos by Alan Versaw except as noted.