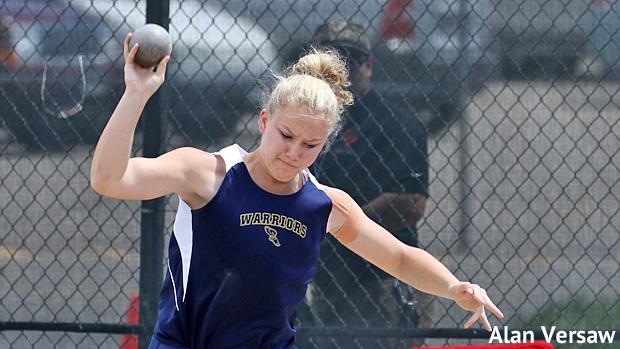 Frederick's Julia Wyatt enjoyed one of the bigger days of her high school career on Saturday. File Photo.

There is no county championship meet in Colorado like the Boulder County Championships. It's show-up and put-up time when this meet rolls around.

As, as is usual for this meet, a number a very nice marks were put up. 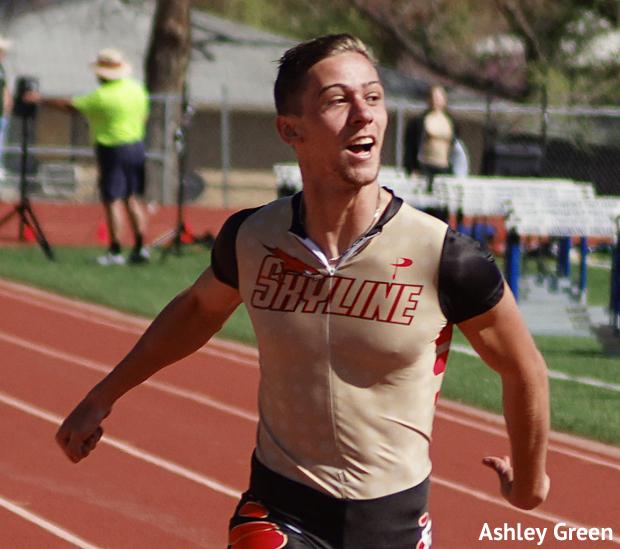 It's been a while since Skyline has come away from this meet with much in the way of individual titles, but sprinter Braden Kram changed that, winning the 100 (11.45) and 200 (23.05), both in wind-legal efforts. Kram also anchored a winning 4x100 effort. Jack Wathen added an individual title in the high jump.

Isaac Green posted a meet record 1:53.97 to win the 800 and lead a 1-2-3 Monarch sweep of the event. William Dixon and Sean Gazarik were Green's closest pursuers in the race. Zach Litoff and Charlie Perry gave Monarch a 1-2 in the 1600 before the Coyotes called off the pack in the 3200.

Max Manson pushed the best pole vault mark of the season up to 15-8. Teammate Cole Rowan snared second at 15-2. Nobody else was remotely close.

On the girls side of the meet, you could be forgiven for mistaking this meet for the Mary Gillett show. 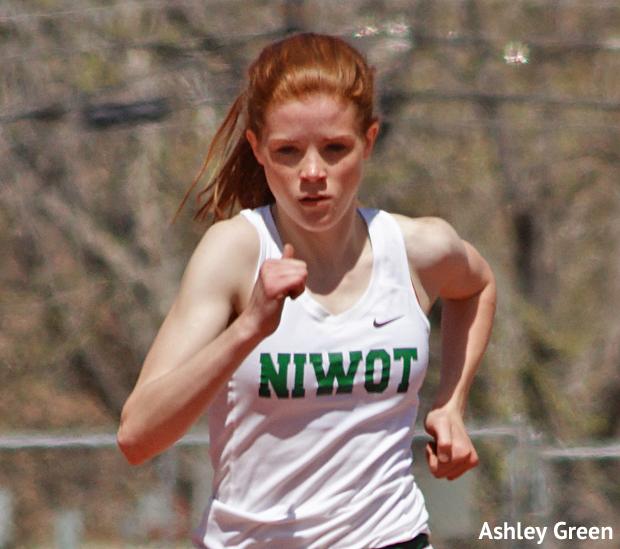 Teammate Alexis Carroll added wins in the 100 hurdles and triple jump, and the Niwot rout was on. The Cougars added additional event titles in the 300 hurdles, 4x200, and 4x800.

While many of the county's big names picked up their expected event titles--including Quinn McConnell just missing going sub-5 in the 1600 at altitude--there were also some heretofore less-recognizable names gaining a little extra name recognition.

Lyons' Ixchel Leeuwenburgh won the discus at 114-8. Julia Wyatt of Frederick won the shot put at 35-9. While both individuals have won meet titles before, these wins established a new tier of meet title for both throwers as well as establishing new PR for Leeuwenburgh and a new season best for Wyatt.

Interestingly, Wyatt, who also specializes in the 200, took a leg in Frederick's winning SMR8. Two relays, an open 200, and a shot put made for a very busy day for the Warrior senior.