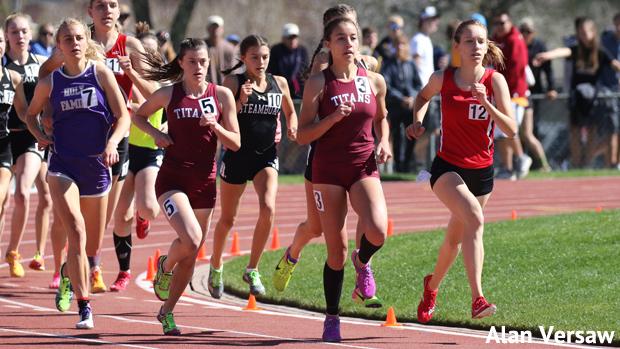 The Classical Academy figured they would get stern tests from both Lutheran and Elizabeth. Lutheran's title bid never, however, never quite took flight once hobbled by a late-breaking injury to freshman Regan Aurich.

Elizabeth, on the other hand, came to Jeffco Stadium breathing fire. As difficult as it may have made things at team camp, it was far more difficult for those who had to compete with them in events.

Elizabeth's title bid began with a dominating win in the SMR8. TCA nearly kept pace in the team tally with a third in the event, but Elizabeth was off to a stirring start nonetheless.

TCA picked off seven points in the very early going with Katie Flaherty's third-place finish in the 3200. That improved on a seed position and put the Titans momentarily in the lead.

The long jump, as it was expected to, netted Elizabeth a bundle. After Maya Evans got done doing her thing in first place, the Sisters Wood and Chloe Peterson snared places 2, 4, and 5.

TCA's RaeAnn Queener and Elizabeth's Megan Wesley tied at fourth in the high jump, but Lexye Wood turned the event in Elizabeth's favor with a sixth.

As the day wound down, TCA gained a point back in the 4x800, placing second to Elizabeth's third. Both finished well behind a record-smashing effort by the Peak to Peak girls. Their 9:12 was easily the best 4x800 time of the entire meet.

The tally at the end of day one had Elizabeth with 57.5 and TCA with 37.5, almost exactly the margin earned by Elizabeth's three places in the long jump. 20 points, though not a done deal, is a daunting margin at the midway point of the meet.

TCA got a large share of that 20 points back in the 800 at the beginning of day two when Chantae Steele finished third and McKenzie Elliott sixth. Elizabeth's Ella Benkendorf finished one place out of the points. Thus, the margin was trimmed to nine points. 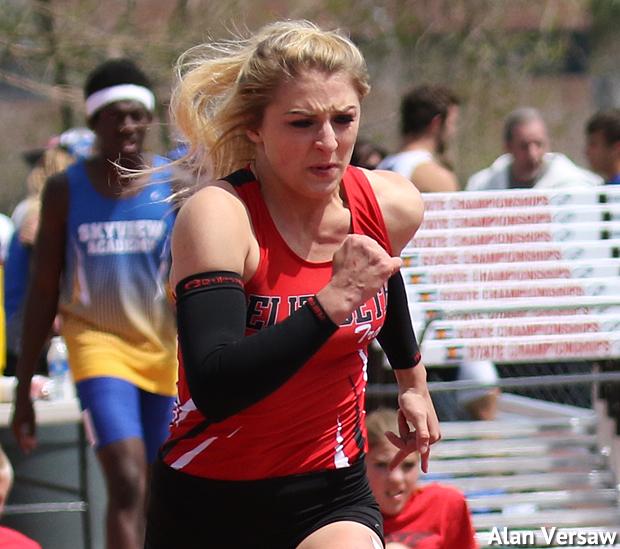 Again, points traded back and forth through the day. Kallaway Wood and Peterson finished 2-8 in the 100 for 10 points. Claudia Valenzuela offset that a little with four points for the Titans. TCA got a 4-7 from Steele and Brooke Hoglin in the 400. Hoglin leapfrogged several seeds in front of her for her finish, blowing a few embers to life in the Titan camp.

TCA got no points from the 100 hurdles, but claimed a second in the 4x100, an event Elizabeth had discarded when they cobbled together their state entries. Lexye Wood kept the Cardinals on pace, and perhaps even a bit ahead of pace, with a second in the triple jump. 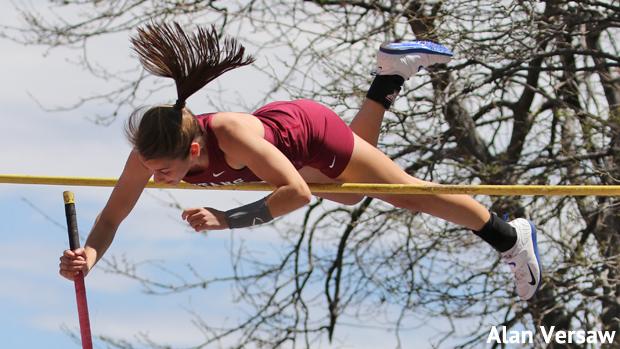 The one event, however, that turned the tide in the Titans favor was the pole vault. Without an entry in the event, Elizabeth was left to watch helplessly as the Sisters Willis scored 1-5 for 15 points and vaulted, literally, the Titans into the lead.

About the time the pole vault was wrapping up, Flaherty and Elliott were back on the track for the Titans in the 1600. With a very tough field--including the four 4x800 Peak to Peak Pumas--in front of them, the tandem snared the last two scoring positions to add three more points to the Titan total. Elizabeth's Ashten Loeks finished out of the points. The combination of three TCA points and zero Elizabeth points mathematically eliminated Elizabeth from the team title race. 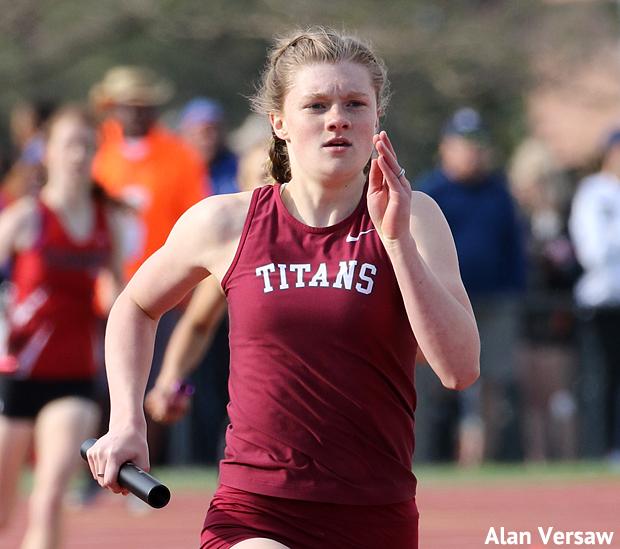 Both TCA and Elizabeth had entries in the 4x400, but it no longer mattered in terms of team placement. Maybe some of the TCA girls knew that before the 4x400, and maybe they didn't. Regardless, they ran as if every hundredth of a second and every place mattered. TCA beat runner-up Salida to the finish by four seconds and, in so doing, spread the icing on their state championship cake.