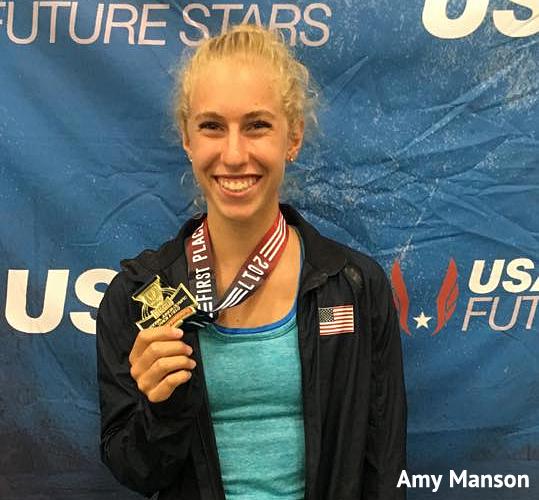 Mia Manson knocked the stuffing out of the US freshman girls pole vault record today in Lawrence.

Manson very nearly claimed the indoor record early this calendar year and the national outdoor record (which easily exceeds the indoor record) gives her the all-time best freshman girls pole vault mark in the nation, period. Manson went to her third attempt to get the record-breaking bar.

Manson's big news isn't the only Colorado-worthy news out of Lawrence so far this week. Before I get to a telling of Colorado news from USATF JO Nationals, however, let me issue a disclaimer. The pile of results coming out of this meet is enormous. It is practically guaranteed that I am missing results in the list below, but here's what I've picked up on so far (In events with prelims, I'll only be including athletes who advance, in events that are finals I will include only top-eight finishers, and I will limit my comments her to athletes in the 13-14 age bracket or older):

That's what I've found so far. If I've missed something, let me know and I'll update the article.