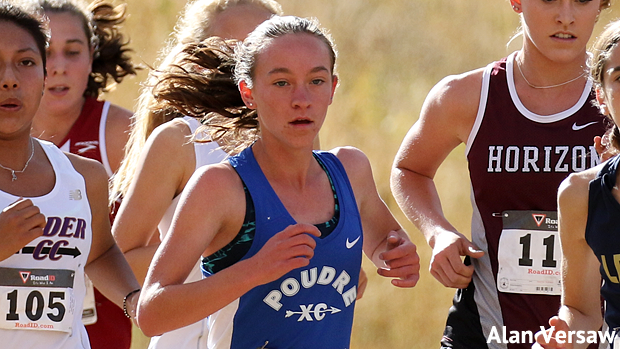 Luna Slater blasted a 5:20 mile on the streets of Fort Collins last night. It could be a nice season shaping up for the Poudre senior. File photo.

It took a while for word of the Mountain Avenue Mile to trickle my way, but it eventually got here.

Times were perhaps a bit on the subdued side on Tuesday night. There were familiar names at the top of the results but no times that left anyone's world reordered.

Luna Slater gets accolades as the top female finisher in the high school mile at 5:20. Billie Fogarty wasn't far behind at 5:24. Had these two been in the open women's race, those times would have earned them third and fourth.

Brian (Bryan?) Martino made it a Poudre sweep of the top positions with a winning boys mile of 4:44, followed by Peter Martin in 4:50. Martino would have just cracked the top ten in the open men's race with that time.