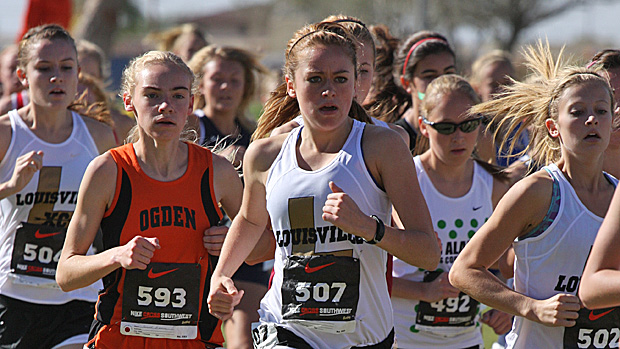 Technically, the late entry period for NXN-SW continues until Tuesday night, but--for all intents and purposes--the championship race field is set for teams. Below is the list of teams participating in this year's championship race:

Last year's top seven teams (Ft. Collins, Monarch, Xavier, Ogden, The Classical Academy, Liberty, and Davis) each return to take another shot at qualifying for NXN. Four of these seven teams have already made the big trip to Portland for Nike Cross Nationals. Numerous individuals in the field have participated at NXN in previous seasons, some as individuals, and some as members of qualifying teams.

Colorado remains, by far, the most heavily represented of the Southwest region states, despite the fact that only Utah has a bigger gap between their state meet and the Nike Regional. Utah, incidentally, has the second-highest number of teams in the field. A couple of traditional Utah entries, Park City and Cedar, do not show in this year's championship field, however.

Last year's team race was tight, with only seven points separating the top three teams. Expect the battle for the qualifying spots to be very close again this year as there are several teams in the field capable of making the top two with a solid showing on the 19th.