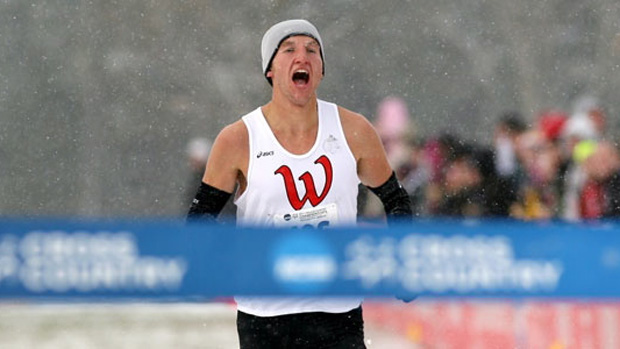 BOULDER, Colo. – Ryan Haebe, a two-time national champion for the Western State College cross country and track and field teams, remains in critical but stable condition after an accident early Saturday morning in Boulder, Colo. Friends of the Haebe family have established an account for those wishing to help the family offset expenses and have established an online forum with updates from the family. Haebe fell 13 feet from a third floor to second floor balcony with friends early in the morning during rainy weather. He was rushed to Boulder Community Hospital where he continues to be treated by doctors and staff. Friends and family have posted information on his condition through the Caring Bridgenetwork, and people can follow the process by searching “ryanhaebe” in the sites feature and registering with the site. Friends have established The Ryan Haebe Fund with 1st Bank in his hometown of Evergreen, Colo., and people can support the family and extended family with medical and other expenses with a donation to the account. The donation can be made at the Evergreen location at 30770 Stagecoach Boulevard or at any 1st Bank location on the Front Range. Friends can also donate gift cards by mailing them to Rob Wright, 7900 Grandview Avenue, Arvada CO 80002. Friends can also leave messages of encouragement to Haebe and his family on the Caring Bridge site, which will be printed off for him when he is ready. He is making voluntary movements and doctors have begun to begin lowering medications, but doctors are still being cautious to keep him in stable condition during the recovery process. Haebe won the 2011 NCAA Division II Cross Country National Championship last November and the 2012 NCAA Division II Outdoor 3,000-Meter Steeplechase Championship this May. He was the national men's cross country runner of the year and is a seven-time All-American in his two seasons. Haebe competed in the steeplechase at the U.S. Olympic Track and Field Trials on June 25 in Eugene, Ore.