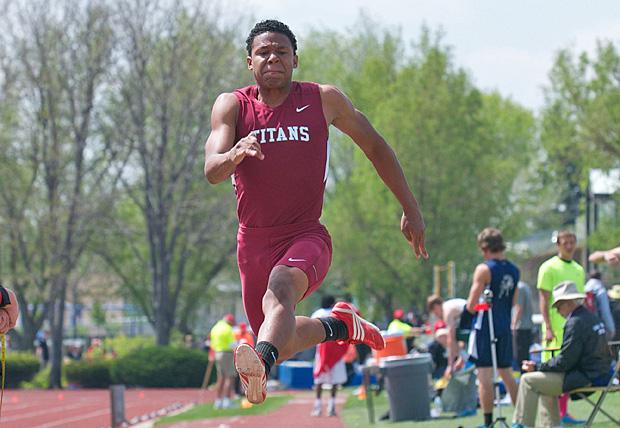 So far the team previews have been designated to just one gender at a time. However, with a team like The Classical Academy, the standard of only one team being highlighted will have to take a back seat. Distance coach Alan Versaw would rather stay neutral about his team, so in the better interest of the sport as a whole and the athletes at TCA someone from outside needed to offer their services to present the facts about this team that has become somewhat of a machine.

28 state titles in track and cross country and 67 individual state champions (relays included) are amazing numbers that any program would be elated to have in their program's history, but for TCA all of these accomplishments have been acquired in just 12 years. Despite what division you compete in those numbers are near impossible to replicate.

This year will be TCA's first full year competing in 4A (They competed in 4A the last two year in cross country and won a women's title in 2012.), and the loss of some key players could provide to be pretty costly for the Titans program. Despite the loss of individuals like Lauren Hamilton (University of Wyoming), Hannah Carr (University of Wyoming), Conner Wilburn (USAFA), Chandler Ryd (Hillsdale College), and Jonathan Roy (Purdue University), the Titans look to continue their trend of state titles at the next level.

On the girls' side the Titans lost a few key athletes, but in their wake are others who are champing at the bit to begin the spring season. The distance team has always been a power, and point generator, for the Titans. This year is no different. The Titans return seniors Megan Percy and Maddie Mullen, as well as juniors Casey Griggs and Kirsten Kropkowski to pick up where Lauren Hamilton and the Titans left off last May.

The Titans have not produced another hurdle monster to the likes of Alexa Chacon (USAFA), but certainly do not sleep on Leah Hinckfoot in the 100h and Hinckfoot and Teresa Ambuul in the 300h. Together the pair could generate major points for the Titans.

Sprints are not as deep as one would like, but the fact that Bethany Johns, Kendra Friedan, and Maggie Zielinski will all return in 2016 makes things even more dangerous about this team. Friedman's 200 would have scored at state in 4A. The jumps and throws are not as strong as they have been in the past for the Titans, but long jumper Kayla Schlaudt appears to be the best hope for some points at the state meet. Another key ingredient to the Titans title hopes comes from Andrea Willis whose vault of 12'3.5" at the USATF Region X Championships would have won the 4A crown last year.

The boys' side was hit a little harder by graduation, but tell that to speedster Nick Deray and he will assure you that the Titans may be down but they are certainly not out by any stretch. Deray's 200 would have placed 5th at 4A state and his 400 would have placed 7th. However, you place Deray in a heat with Kevin McClanahan, Jordan Xiong, and Caleb Ojennes and sparks certainly would have flown. Deray ran up to the 800m last spring, but look for him to focus on the 200m, 400m, and the relays this year. That is unless he can drop over 10 seconds on his 800 to step into the ring with the likes of Michael Duran, Zach Retzlaff, and 1:52 runner William Mayhew. Junior Jayce Hall will also look to pick up some points for the Titans in the short sprints and the jumps as he returns as the only Titan to jump over 20 feet last spring.

In the middle to long distances the Titans will look to the trio of Michael Oldach, Tanner Norman, and Everett Johnson. They were all in the same relative area at the end of the season, but they will need to have a big year to come into the picture for potential points for the Titans come May.

Two of the strongest areas for the Titans will be the throws and the hurdles. The throwing trio of Kenny Plant, Conor Bertles, and Luke Bethany lead the charge for TCA's big point hopes at state this year. When it comes to the 4A ranks unless you were throwing in the area of 160+ regularly it was tough to get anywhere close to the lead dogs, but this season may look completely different. Last year featured seventeen different senior throwers in the shot and discus with the top eight in shot and the top seven in discus all being seniors. The rings are certainly open for a new king come May.

As for the hurdles, senior Alex Miller leads the charge both in the 110H and 300H. Miller stepped up his winter training and worked with Speed Track & Field under head/hurdle coach Charmas Lee. Coach Lee has coached the likes of Alexa Chacon, Jonathan Roy, Trenton Stringari, Marlee Brown, and NCAA standout and 2010 Colorado Gatorade Track Athlete of the Year award winner Trevor Brown. Miller, whose best times last season would have placed him in 4A, looks to take on Ryan Younggreen, Trenton Stringari, Joseph Saling, Jay Shuman, and Riley Rowles-Birdsong head-to-head all season long for a hurdle showdown that certainly will not want to be missed.

What does all this mean? Coach Daggett and his Titans are certainly set to make yet another run at a state title. It all comes down to the little improvements and the Titans Titans adjusting to the faster 4A pace.