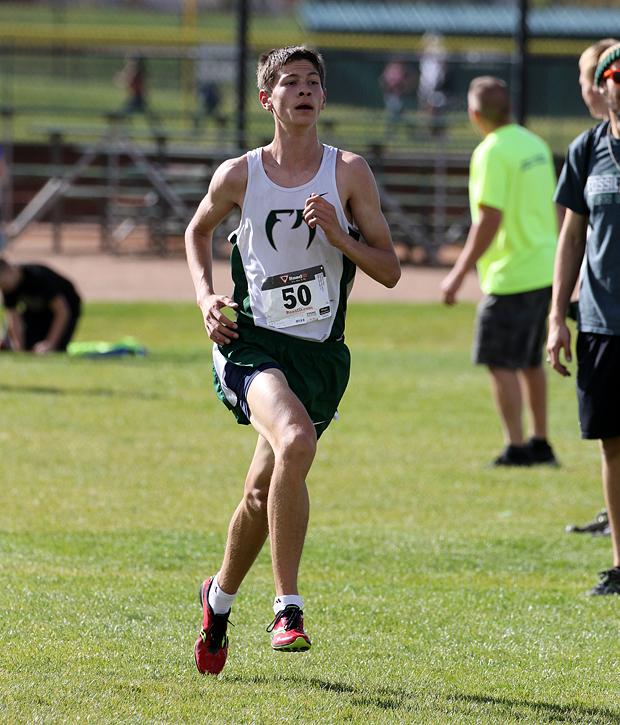 Dylan Ko wears down the resistance to claim league crown.

Over the past four cross country seasons, Dylan Ko has had a very nice high school career. But, one thing has been missing. Never before in Ko's high school career has he taken a first place. Lots and lots of single-digit finishes, but never a 1 before his name.

All that changed on Friday afternoon in a battle of attrition.

At the mile, Ko was in a pack of leaders that included Cameron Dimas of Fort Collins, Luke Zacharias and Gage Hornung of Boulder, Greg Lund of Fairview, and Jeremy Harms and Bryce Pietenpol of Poudre. By a little after two miles, that little crowd had thinned out to Pietenpol, Dimas, and Ko, but the best of the race was still to come for Ko.

Ko made a decisive break in the final half mile and opened an eventual gap of 12 seconds on Dimas and 13 on Pietenpol in an all-Fort Collins top three.

None of those three schools, however, could sustain their advantage in the team scoring. Boulder packed all of their scoring five into the top 17 and cruised to a relatively decisive 47-58 win over their closest rival at Fort Collins. Aside from Dimas, Boulder beat Fort Collins at every scoring position to take the win.