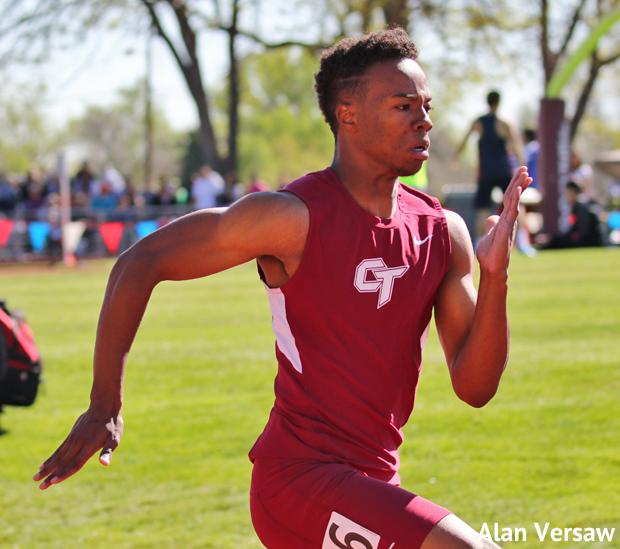 KJ Sapp probably won't get through the season with much anonymity this spring.

This article is devoted to the #2s in our midst. As in the number #2 returner in ever event for the outdoor season coming up (official practice starts on February 27, mark your calendars!). As an auxiliary exercise to be done on your own, see how many of the #1s you can come up with without consulting the rankings. If you care to expose your own potential errors (and correct guesses, you can take stabs at the top returners for each event in the comments below).

Boys will be shown on this page, girls on the next. Note that only in-state times are included in this list of #2 rankings, and marks from summer meets are included so long as they were in-state events.

High Jump - Marcell Barbee, Pueblo South, 6-5.5 (actually, there is a two-way tie for first here and Barbee is most properly thought of as the #3 ranked returner)