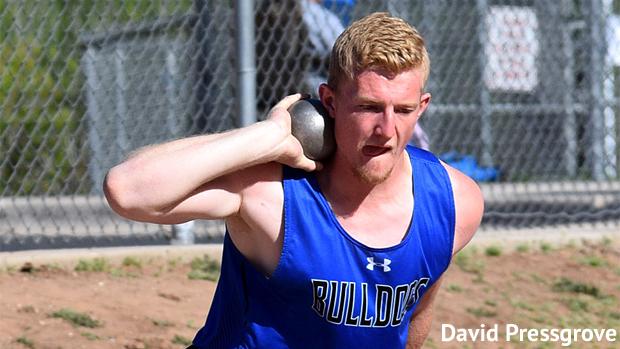 Keenan Hildebrandt had a career day in the rings for Moffat County.

Glenwood Springs -There might be more ice baths in Keenan Hildebrandt's future. On Saturday The Moffat County senior threw the discus 165-10 for a 10-foot personal best to set a new meet record. The launch is currently #3 in all of Colorado.

"I had a different week in practice because I started having troubles with my knee so our athletic trainer and I decided to take it easy in practice," he said. "I also had an ice bath, which I don't normally do very often."

Hildebrandt's huge PR overshadowed a solid discus day from Montrose's Sam Distel, who made his 2017 debut after finishing as runner up in 4A in 2016, with a toss of 154-1.5.

In the afternoon session Hildebrandt kept the trend going with a six foot PR in the shot put in 50-6.

"I really like Glenwood, its rings seem to have a good amount of traction," he said. "I had no idea that I would break any meet records this year. I've been extremely blessed this season." 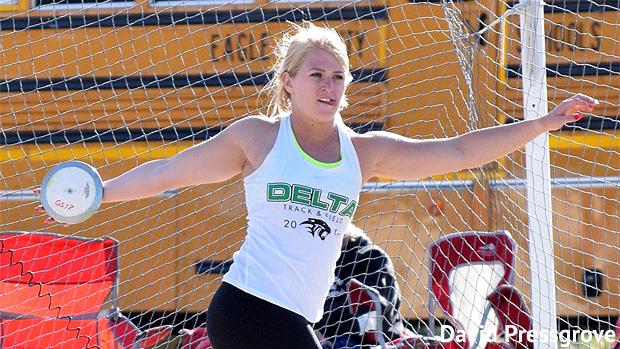 The girls were not to be outdone in the throws. Delta's Lily Lockhart left with her name in the meet record books after spinning the discus 132-9, currently the sixth best throw in Colorado this season. The top returner in Class 4A after her second place at state, Lockhart also took home gold in the shot put with the top distance of 40-2.75.

Second place for the ladies' throws were not too shabby, either. Meeker's Megan Shelton moved into third in the 2A shot put with lifetime best of 37-7.75. Montrose senior Bryce Gatt was second in the discus with a throw of 120, good enough for sixth in 4A.

Click on Next to continue through successive segments of the story.