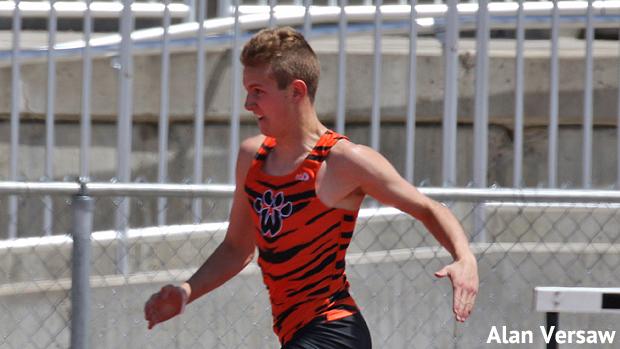 The Wiggins sprinters who aren't named Shane Finegan have plenty to run for on relays this weekend.

Two of the biggest questions answered earlier this week with respect to 2A Boys were the questions of what events Chad Mikelson and Shane Finegan will be doing.

Finegan's event choices, of course, could have a direct bearing on who wins the state title. Wiggins is very much in the title hunt this year.

While Sedgwick County isn't in the title hunt, the events Chad Mikelson competes in could ultimately have an indirect bearing on point totals for teams actually in the hunt. And, if it's close, one or two points here and there could make the difference.

For Chad Mikelson, his events will be the long jump (#1), triple jump (#1), shot put (#2), and discus (#2). Presumably, the most likely impacts on the team title there would be against Cedaredge's predicted point haul in the long jump, making it a little less likely Cedaredge scores in the triple jump, and Cedaredge's predicted point hauls in the shot put and discus. Wiggins gets to breathe a sigh of relief with these event selections.

That still leaves Cedaredge with an advantage in the virtual meet scoring. In short, Wiggins needs a stellar state meet to come away with the title. And, it doesn't hurt the Tigers' cause at all if Cedaredge stumbles from projections at a point or two. The reality of it is the Cedaredge has more projected state meet scorers than Wiggins, and the advantage figures to remain with Cedaredge unless they have a lapse or two.

Cedaredge's advantage goes away rather quickly if relays do not perform up to seeds, but Wiggins has a few relay irons in the fire as well. A lot rides on 20-meter exchange zones and 30 cm tubes of aluminum.

Outside of Finegan and relays, Wiggins will lean heavily on Connor Kaufman (distance), Tyler Hein (hurdles), and Teggan Freauff (400).

Some of the top match-ups to watch this weekend include: