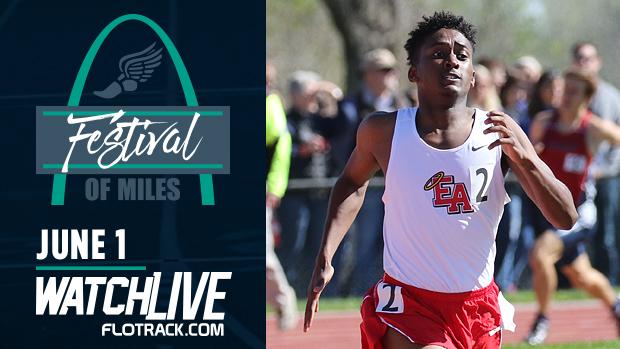 Hayelom Fitsum gets a shot at 800 meters of redemption on Thursday night in St. Louis.

Colorado should be taking a strong interest in this year's Festival of Miles in St. Louis. A very nick chunk of Colorado's middle distance talent will be at the event competing.

Most notably, Hayelom Fitsum gets the chance to write a different ending to the 800 meter race he very nearly won in smashing fashion at State a little over a week ago.

Most of Colorado's talent, however, will be pointed at the mile races rather than the 800s.

In the boys mile, we'll see Monarch's Cayce Reese and Broomfield's Michael Mooney, two guys who went a lot further than expected with their 1600s this spring.

On the girls side, Colorado's entries are loaded with Fairview's Marlena Preigh, Broomfield's Madison Mooney, Peak to Peak's Quinn McConnell, and Boulder's Lauren Neugeboren. There's not a lot of geographic diversity represented in that foursome, but there's plenty of talent just the same.

If you're not already a MileSplit Universal member, you can sign up to watch the entire Festival of Miles--and so much more--on FloSports via this link.