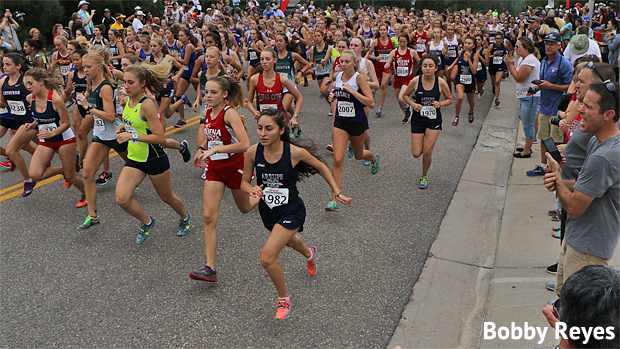 Rows of cars carrying family and friends descended on the streets surrounding Heritage High School for the Liberty Bell Cross Country Invitational Friday. Eager fans battled for parking spots, likewise, the scene would be but just a prelude to the races, which lined Geddes Avenue in Littleton from elbow-to-elbow with runners.

The scene was nearly the same for each race. Runners reluctantly crouched at the starting line, waiting for the starter's gun to echo between the buildings lining the Littleton street.

When the gun shot, hundreds of runners deftly maneuvered and muscled for rank.They recklessly flew from the starting line down Geddes Avenue and wildly poured around the turns.

When the pavement had cooled, the course had produced the fastest times in the state this season.