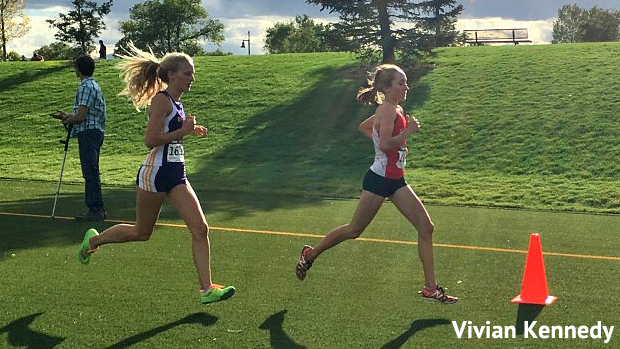 Isabella Bowland and Claudia Burgess kept the lead between themselves until Bowland broke away later in the race.

The weather was confused on Friday afternoon at Broomfield Commons Park. Temperatures resembling summer hovered in the upper 80s for the initial junior varsity races. However, by the start of the varsity races, the temperature had dropped to the upper 70s as a weak weekend storm front blew in.  With it came a nice breeze and cloud cover that blotted out the sun. Makes sense as the Autumnal Equinox is a mere week away.

The competition would offer up two first time winners, schools resting some of their top kids, and bitter rivals splitting the team titles.