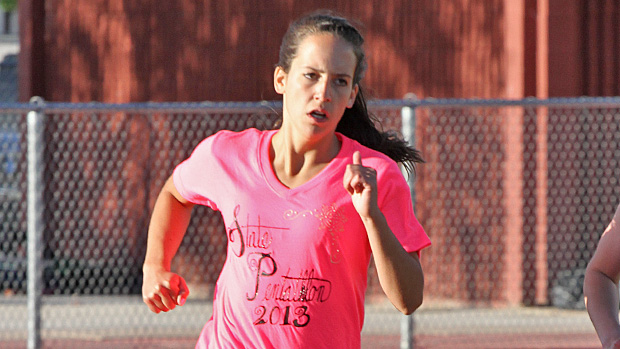 After winning last year's Colorado State Pentathlon by over 100 points, Heather Harrower will be back in Brighton tomorrow to defend her title. And, she gets to defend it against last year's runner-up. That would mean Taylor Buschy is back as well.

It's not exactly your typical pentathlon competition, however. This one is heavy in running and jumping events (200, 800, long jump, high jump) with a shot put thrown in for good measure. Harrower finished no worse than sixth in any event except the shot put last year to put her on top. Even without a hurdles event, Ashlyn Nolan rose all the way to 12th last spring and could be a serious contender for top honors this spring. If there were a hurdle event included, perhaps Nolan would come in as the favorite.

The boys swap out a 1500 for the 800 and the discus for the shot put from the girls events.

For the boys, however, it's an almost entirely new field from last year. Zac Bitton, ninth place at last year's event, appears to be the top returning finisher from 2013.

Some of the top contenders for this year appear to be Caleb Simons of Vanguard, Josh Schreiber and Jacob Bejarano of Roosevelt, Nick French of Greeley Central, Kyle Rex of Discovery Canyon, Alec Choury of Northglenn, and Bitton. But, scoring well in all five events is key and each of the supposed top contenders will go into a couple of events with little to no resume. That should help to keep things interesting right down to the end.

And, it's the 1500 at the end of the day that has a disturbing sort of way of separating the final contenders from those who were merely four-event strong. The discus sorts a few out along the way as well, before anyone even gets to the 1500.

Check back late tomorrow for photos, coverage, and results.