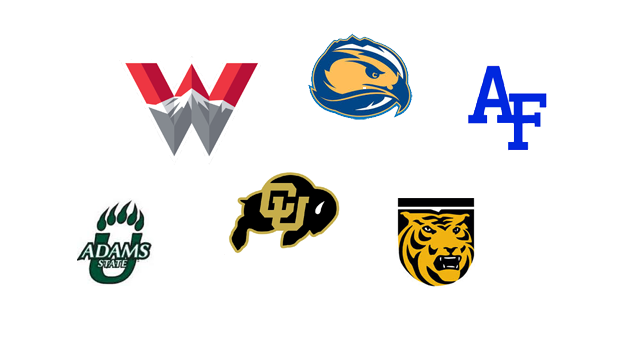 Have you ever wanted a one-stop site to see all the college schedules? Here it is!

Below is a fall cross country schedule for each of the colleges and universities that make Colorado home. As of this update, the University of Northern Colorado has not published a schedule externally, so the only meets those schools appear in below are ones for which we can reasonably infer their presence. I will add their meets to the master calendar as the schools publish schedules.

There is also a potential issue with the Rocky Mountain Shootout. Many schools have this on the schedules for the fall as a September 27 date, but the meet has settled on the calendar as an October 4 date. Presumably, some of the schools that had planned to attend on September 27 won't be able to attend on October 4, but it's not easy to determine from this distance which schools those will be.

Additionally, there is never a guarantee of what athletes will be representing a school at any given meet even if the school is in attendance. And, just because a school schedules a meet does not necessarily mean they will compete in the meet. A few schools here in Colorado are in the habit of overscheduling and then picking which meets to actually attend later in the season.

With all that as disclaimer, here is the fall master schedule for Colorado colleges and universities. If you want to see somebody run, now you have some idea of where to be and when: