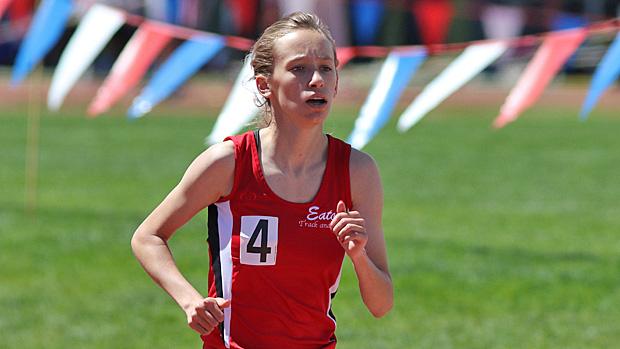 Between the 800 and 1600, Emma Willadsen poured 12 points into the Eaton state title bucket. Photo by Alan Versaw.

The long season of waiting for a track and field state title to come to Eaton has closed. And Eaton closed it in a very convincing manner on Saturday.

But, mostly it was done at places four and below. It was done by names like Jayla Jarnagin, Emma Willadsen, Caiden Rexius, Alie Hodgson, McKenzie Reiher, Ana Scott, Chelsey Lockey, and Emily Willier. This represents a level of balance Eaton has never before brought to the state meet.

By the end of the day Saturday, Eaton had endured a handful of unexpected setbacks, and had held off a hard-charging Lamar team, 95.5 to 80. And everyone associated with Eaton track and field exhaled. This one has been in the works a while.

Unlike some previous years when Eaton ended up short of a state title, only Tarynn Sieg could claim an event title. This one was very much about how much the team could produce and never leaned hard on a short list of high-profile individuals. 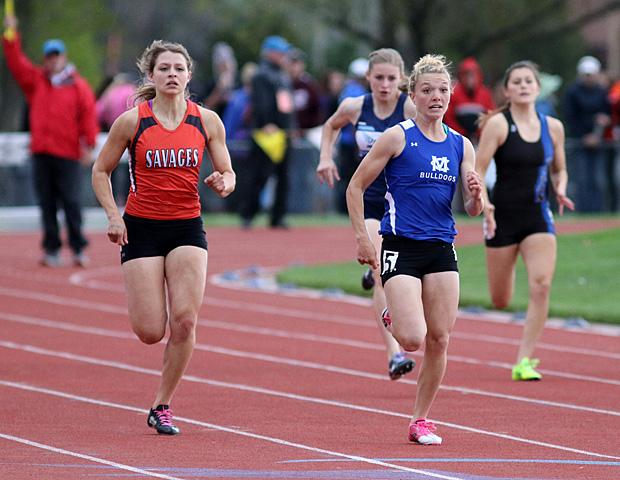 And, several of the individuals on the list above endured losses to another person on the list. Sometimes that meant they had to keep fighting, and eventually earn of title of their own.