By midway through the race, Tanner Norman was running unaccompanied after an unusually competitive first mile. Photos by Alan Versaw and Jeff McCoy.

It was apparent early in the 3A Boys race that something odd was afoot.

Even before Tanner Norman and Isaiah DeLaCerda hit the mile at just a hair over 4:45, it was clear that the race was moving out very quickly. Given the rapidly rising temperatures and the blistering early pace, the race was destined to be a hang-on-until-you-can't kind of affair rather than the more common championship race sit-and-kick option.

DeLaCerda seemed driven to make a run at Norman, the overwhelming favorite coming into the race. And, why not? DeLaCerda had enjoyed a wonderful high school cross country career that was missing one thing--an individual title at the state meet. This would be his final opportunity.

The net effect of DeLaCerda pushing hard and Norman refusing to give in at the front, though, was felt on the rest of the field. All the usual reference points were turned off for Alamosa, The Classical Academy, and probably a few other runners as well, meaning that a very large percentage of the field went through the first third of the race at an almost desperate pace.

Prices would be paid for that indiscretion later on.

Shortly past the mile, Norman made his break from DeLaCerda. That would eventually allow Norman to pull back on the throttle a little and regain some of his own composure. Norman would go on to win in 15:44, the fastest time posted in any classification on the day.

Behind Norman and DeLaCerda, the chase pack began to fall off in bits and pieces. A handful survived more or less unscathed, most notably the 2-3-4 finishers of Cole Sprout, David Fine, and Canaan Lamberth. 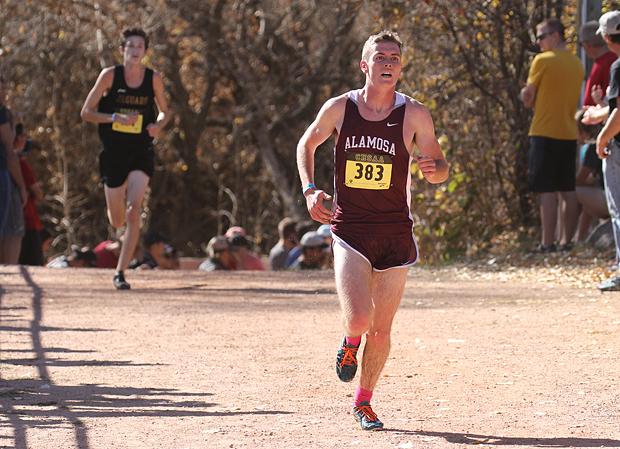 Whether DeLaCerda's strategy was an individual plan that vectored unexpectedly to his team or an entire team strategy, it did impact Alamosa's overall race. DeLaCerda would eventually fall back to 6th, and teammate Caleb Palmer would have to stave off challenges to hold onto 5th at the end. Behind them, Alamosa scored well enough to win, and kept their finishers in more or less the usual order, but scattered their finishes across a much wider range of places than had become their custom during the season. Oscar Martinez, Caleb Berlinger, and Elijah DeLaCerda placed 18-24-27 to finish the job for the Mean Moose. 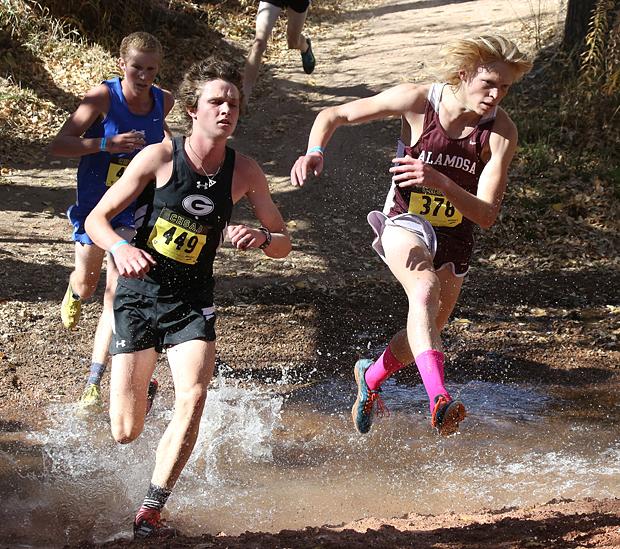 The Classical Academy, too, had runners who paid the price for their early pacing. Like Alamosa, though, they held stable enough to hold on to second place in the team standings.

Probably the team that exacted the greatest benefit from the blistering early pace was Gunnison. Gunnison did a much better job than most teams of keeping their early pacing under control and moved up smartly through the race. The Cowboys ended up third, upending D'Evelyn and Frontier Academy teams that were expected to finish ahead of them.

Get all of MileSplit's hottest content delivered to your email inbox!