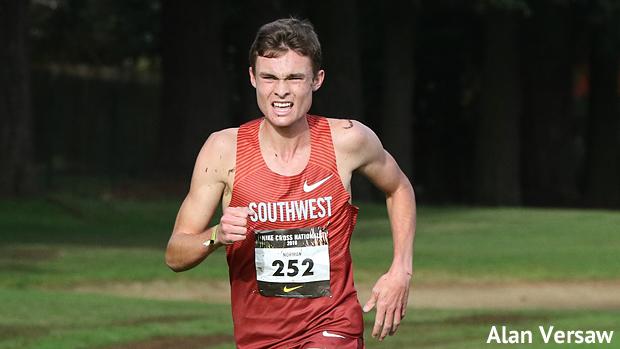 The 5-foot-11, 140-pound senior raced to the Class 3A individual state championship this past season with a time of 15:44.7, leading the Titans to second place as a team. Norman finished seventh at the Nike Cross Nationals Southwest Regional championships and placed eighth nationally at the NXN Final in 15:46.3, earning All-American honors in the process. Norman also won the Region 2 championships, the TCA Titan Thunder Invitational and the Centaurus Invitational.

Norman has volunteered locally on behalf of food-donation drives and youth sports programs. "Tanner has been an exceptional leader and competitor throughout high school, but particularly these last two years," said The Classical Academy coach Alan Versaw. "He's been beyond exemplary in setting an example of training hard, doing exactly what he's asked to do, putting in strength conditioning work on his own, and being ready-without fail-on race day."

Norman has maintained a 3.81 GPA in the classroom. He has signed a National Letter of Intent to compete in cross country and track and field on scholarship at Iowa State University this fall.

As a Gatorade Player of the Year, Norman will be able to select a national or local youth sports organization to receive a grant as part of the Gatorade Play It Forward program. Every Gatorade Player of the Year state winner receives a $1,000 grant to donate and will have the opportunity to enter for an additional $10,000 spotlight grant by writing a brief essay explaining why their selected organization deserves additional support. 12 spotlight grants - one for each sport - will be announced throughout the year.