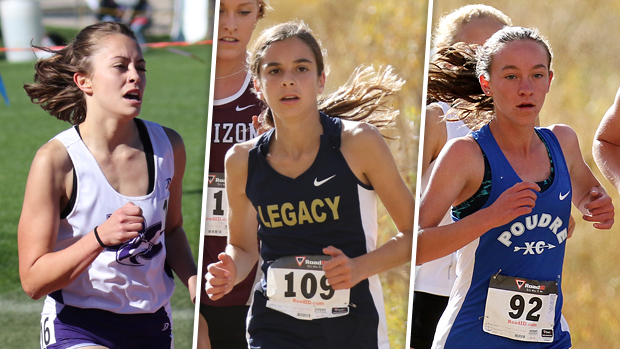 Among those contending for the 5A Girls individual title on Friday figure to be Lina Corrales, Brynn Siles, and Luna Slater.

Today, we take a closer look at the Cheyenne Mountain Stampede. It's the big meet of opening weekend (actually, I'll qualify that and say it's one of the big meets of the weekend), and Colorado Track XC will be there through at least some of the day for coverage.

Although it's a long way from everyone and every team that will be competing at the Stampede, it's still a very good early look at what a lot of teams have in the tank for the fall.

Palmer Ridge is sending a team, but they're sending the A game to Mountain Vista. We'll talk about that meet in a different preview later this week.

Realistically, we stand to learn the most about 3A and 4A on Friday.

Gunnison is a certifiable contender for the 3A Boys crown. It will be interesting to see how teams like Faith Christian, Lamar, Liberty Common, and Moffat County measure up.

Moffat County and Holy Family could offer an intriguing showdown in 3A Girls.

We're not yet to the point of saying any of these teams are a serious 4A Boys team title threat, but the showdown between Montrose, Widefield, Durango, and Battle Mountain has strong elements of interest.

Obviously, Battle Mountain is a big favorite in 4A Girls. There probably aren't any 4A Girls teams--at least of those currently showing on the registration list--that figure to give the Huskies a tussle for the team title, but that's not to say the race will be devoid of elements of interest.

If Durango's girls can keep it close with Battle Mountain, that's a huge early-season indicator.

In case you hadn't noticed, Battle Mountain spends a great deal of their season, pretty much every season, fending off Demons and Devils. I'm not sure of the precise differences between a Demon and a Devil, so you might want to point the question toward Rob Parish if that mystery is eating at your psyche. I do know they both wear lots of black and red.

And, speaking of colors, good luck keeping track of Thompson Valley and Battle Mountain on the course if they choose to wear their matching singlets again this year as they did at State last year.

As an aside, the Battle Mountain/Thompson Valley singlet-and-shorts confusion from last year's state meet is a good illustration of why it's not all that productive to get too much in a lather about the deep particulars of the uniform rule. I toss in a photo below for your review to illustrate that point. 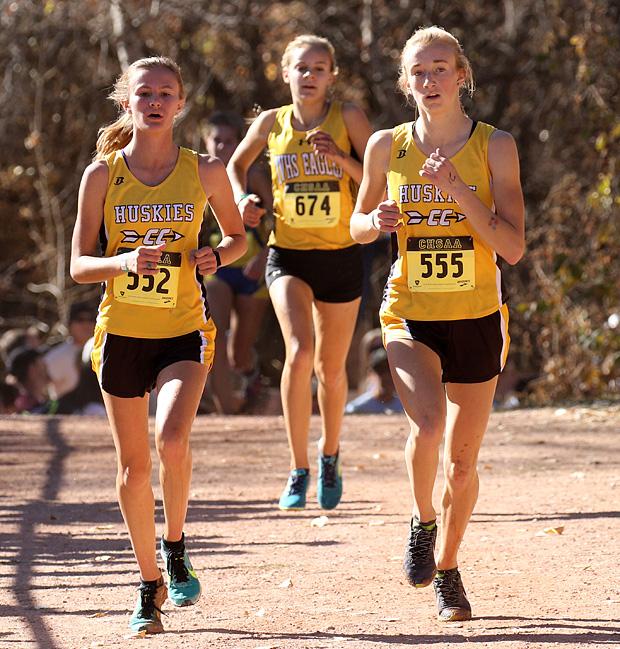 5A is far from without an element or two of interest, however. Poudre and Legend are both solid teams. A nice showing here for either team could be a nifty little springboard into the season.

In any case, there is plenty to look forward to on Friday! Look for results, photos, and video not long after the racing is done.