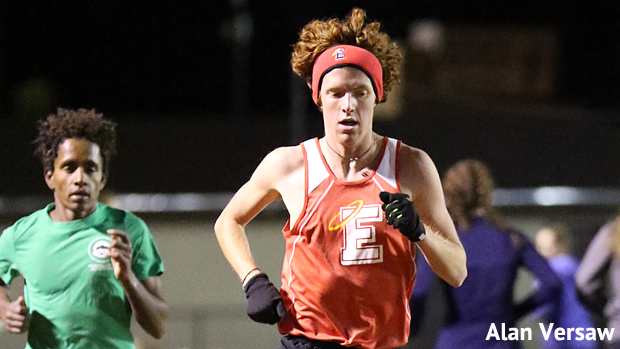 When Harrison Scudamore went by Awet Beraki, the battle for first was done.

A whole lot of Colorado's massive delegation headed to Arizona next week for Nike Cross Regionals got their racing legs back under them yesterday. Evidently, two miles is the preferred distance for doing that.

We'll take things from north to south here in this summary.

Up in Loveland, the Don Hand Memorial Cross Country race at North Lake Park took center stage. It was a smaller field, including teams from Mead, Thompson Valley, and Roosevelt, plus a scattering of additional individuals.

Mead dominated the boys team scoring, but the showdown between Justin McDaniel and Dylan Schubert took a bit longer to resolve before McDaniel beat Schubert to the finish line by six seconds, 10:07 to 10:13.

Morgan Hykes ran away from the girls field, with Madi Kenyon taking last-to-give-up-the-chase honors. Roosevelt vanquished Mead for team honors, though both teams barely had enough to team score the meet.

I'm told it was a glorious, wind free, middle of the day for cross country racing in Loveland.

A few miles to the south, Longmont was getting the obligatory November turkey trot out of the way early (this is perennially the first of Colorado's turkey trots to hit the streets). The high schoolers mostly, though not entirely, eschewed the 10K part of the festivities in favor of the 2 mile.

Former Colorado high school standouts Nell Rojas and Alicia Nelson nailed down 1-2 in the women's two mile race at the Longmont Turkey Trot, but the next four places all went to current high schoolers--Claudia Burgess, Isabella Bowland, Lauren Neugeboren, and Hannah Mae Gigstad. Burgess, Bowland, and Neugeboren were all under 12 minutes.

On the men's side, Isaac Roberts took top high school honors in 10:06. That was also good enough for fourth overall. Boulder's Caleb Hardy was the next high school finisher at 10:28, just edging his own coach and former Boulder standout, Geo Tam.

In Colorado Springs, they waited until dark to run this year's version of the Tomahawk 2 Mile. T-shirts and awards were supposed to show up but didn't make it in time. But, no matter, everyone had a grand evening of racing just the same.

Nobody had a grander evening of it than former Cheyenne Mountain standout Thomas Staines and current middle school phenom Erik Le Roux. Staines won the citizens race in 9:26, but Le Roux posted a 9:28 for his part.

And all that, of course, only serves to stoke the fires of the conversation that begins with, "I wonder where Erik Le Roux will be attending high school next year..."

Brock Laue led the finishers among coaches who haven't quite yet given up serious running with a 9:42.

Then it was on to the high school races. 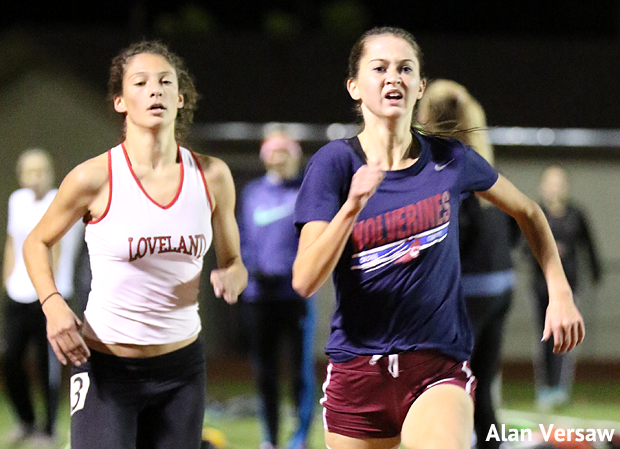 It was a different story in the first heat of boys. There, it seemed as if Thomas Beatty was going to run away with things--literally and figuratively. Beatty, though, may have gone for too much too soon, though, as freshman Josiah Cole reeled him in on the final lap and took the win in 10:39. 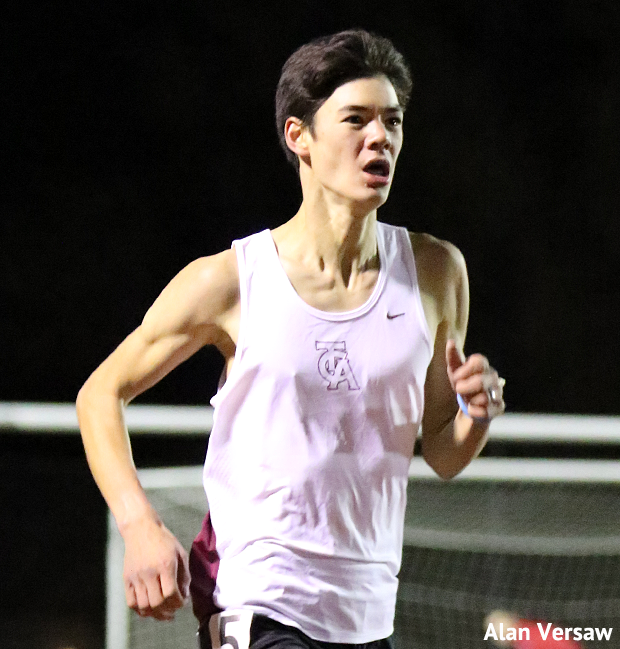 All that set the stage for the top heats.

Addi Iken tried to take a page out of Beatty's book by storming to an early lead, but Kyla Ramsey wasn't going to let her get away that easily. It was back-and-forth between the two for the entire final seven laps. And just as Iken seemed ready to put the race away coming off the final turn, Ramsey stormed back and bested Iken in a furious sprint down the home stretch. Ramsey's 11:34 won by a little under two seconds. Kaylee Thompson took third in 11:41. 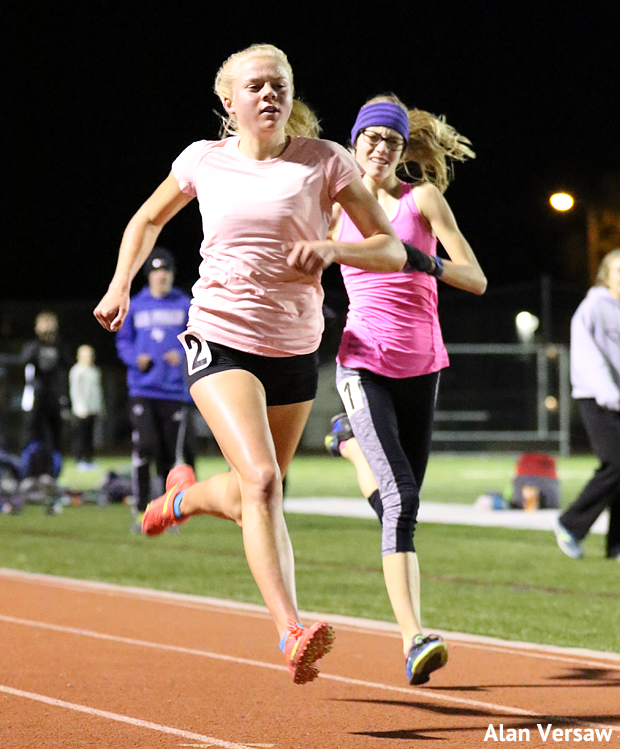 Leadership of the boys race settled early into the hands of Awet Beraki, a Palmer senior who had missed the sanctioned season and may therefore have not been 100% familiar to all the competitors in the field.

Harrison Scudamore was first to pull up behind Beraki and test his mettle. Eventually, Scudamore would move on by and finish the race unchallenged for first in 9:43.

Meanwhile, Beraki settled into second and seemed lined up to finish in that position until he was caught on the final lap by Ryan Moen and David Fine.

While the Cheyenne Mountain track was hosting the Tomahawk 2 Mile, four Durango boys took the track at home for a two mile event of their own. If you followed the fortunes of the Durango cross country team this fall, you won't be too terribly surprised to learn that Aidan Fitzgerald and Noah Bodewes went 1-2 in that one.

The girls didn't race in Durango. I'm not sure if that was a deliverance of chilly temperatures or some other factor(s).

One thing can be said, however. A whole lot of folks in the 14-19 age bracket established some shiny new two mile PRs on Saturday. Those should pair up nicely with a similarly large set of 5K PRs next weekend.