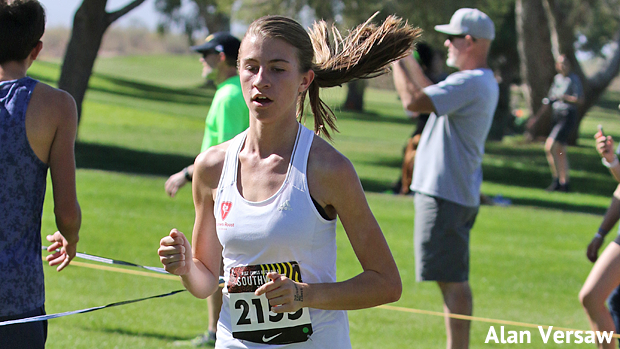 Carley Bennett was one of a lengthy list of Colorado athletes enjoying stellar days at this year's NXR-SW.

Is NXR-SW all about getting to the big event in Portland, or are there other noteworthy stories along the way?

This article is dedicated to the idea that there are other noteworthy stories to be told. And, I'll try to tell a few of them along the way.

Harrison Scudamore came heartbreakingly close to an individual berth at NXN. His race likely exceeded what his season indicated, but big events like this have a way of bringing the best out of folks. If I have my storyline correct, Scudamore takes another whack at a big show this weekend in Wisconsin. It won't be 70s, sunny, and with a light breeze in Wisconsin, so we'll see how adaptable Scudamore is.

Also making a close-but-no-cigar bid for an NXN berth out of NXR-SW Boys this weekend was Quinn McConnell. McConnell was in third as last as 300 meters to go, but couldn't quite summon the speed to hold off a series of mad dashes at the end. So, after finishing in last year's top 20 at NXN, McConnell gets to watch from home this year while teammate Anna Shults dons the Southwest individual gear.

Word I have now is that McConnell, too, will be headed to Wisconsin for another shot.

In one other note on individuals, Carley Bennett, Marlena Preigh, and Afeworki Zeru are among those who could be fairly accused of establishing monster new PR marks. Almost everyone goes to NXR-SW expecting a PR, but some go a lot more overboard in the effort than others.

So far as girls teams in the championship race go, Colorado had a rough day of it after the big three of Battle Mountain, Mountain Vista, and Broomfield. The next Colorado team was Peak to Peak in 8th, then Palmer Ridge in 14th and Fairview in 15th place. Projections probably would have placed the Colorado teams a bit higher than that.

Colorado boys teams fared a bit better this year. It was almost a given going in what the top five teams were going to be. Once those five teams--including Mountain Vista--got done doing their thing, the Colorado teams showed up in force.

Rock Canyon, despite a disappointing end of the race for Chris Theodore, took sixth. Dakota Ridge was right on their heels in 7th. And they kept coming. Silver Creek, Rampart, and Monarch went 8-9-12. Niwot checked in at 14. Ponder for a moment the fact that three of the top nine boys teams at NXR-SW came out of Colorado's 5A Region 5.

This is a decided change of the story line for Colorado's boys teams versus Colorado's girls teams at NXR-SW. We'll see if the new story line sticks in years to come.

Of the teams mentioned above, Silver Creek likely earned the largest share of redemption, followed closely by the Peak to Peak girls.

Silver Creek went out hard at the state meet and ended up behind both Palmer Ridge and Centaurus in the final tally. There was no repetition of that scenario in Arizona.

For Peak to Peak, it wasn't so much a disappointing team finish in any recent meets as it was a placement way above what they came in for in the final Southwest region rankings. And the Pumas did it with zero margin for error, a team of five in Arizona.

Teams that didn't make the championship race but ended up showing very well on the day in the various open races included The Classical Academy, Legend, and Cheyenne Mountain on the boys side. On the girls side, parallel performances were tossed into the ring by The Classical Academy, Golden, and Silver Creek. 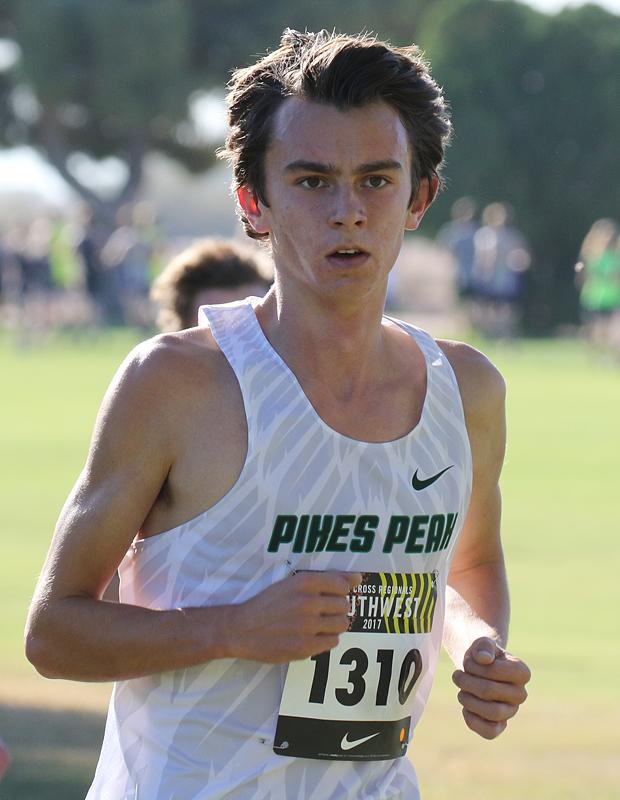 Colorado had a nice list of individuals winning titles in open races, to include Ryan Moen and Kaylee Thompson in the small school races, Cole Munoz in medium school boys, and Allie Chipman in large school girls.

All in all, Colorado left Casa Grande with a whole lot to be pleased about.