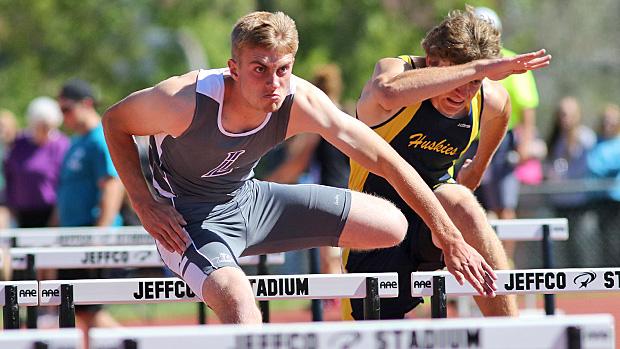 There are two great things about talking with Lutheran High School track and field coach Darwin Horan. The first is that you always get an unguarded read on how is team is doing. Two, you leave the conversation feeling like anything is possible.

It is certainly true that the Lutheran track program is deep in talent, but it is--perhaps more importantly--deep in vision. And the vision doesn't die, or even take a dive, when one or two things go wrong.

Like everyone else who makes the mid-May trip to Jeffco Stadium, Lutheran had some things go wrong, and perhaps especially so on Thursday. But the troops rallied and, at the end of the weekend, their efforts were rewarded with a state title trophy. 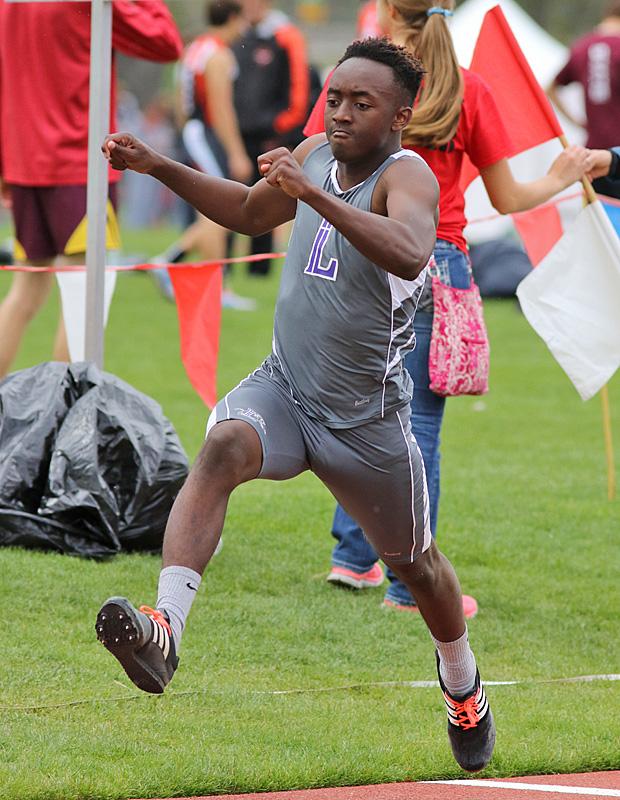 It's difficult to pick a catalyst. There were several, actually. There was KJ Hall's 45-3.5 winner in the triple jump after bowing out of the 110 hurdles in prelims. There was Adam Dawson navigating the tricky waters of the discus and holding his #2 seed with a big throw of 160-5 on Friday morning. There was the 4x400 sneaking their way into finals on Thursday afternoon.

And perhaps most of all, there was the tone set on Saturday morning when Matt Hanson ripped through the 110 hurdle finals, winning in 14.85, the only 3A hurdler to finish under 15 seconds.

And, there was, of course, the usual work done by the sprint tandem of Chris Youngs and Kent Harris. But their big push of points came after the tone and table had been set.

Youngs and Harris would go 2-3 in the 100, unable to overcome the law laid down by James Irwin's Miguel Molas on his final high school 100. Harris posted a fifth in the 400, then the pair came back for the 200, with Harris taking second and Youngs fourth, once again succumbing to a very big day for Molas but keeping the points train on track nevertheless.

Brendan Edgerley did his part, adding 2.5 points in the high jump.

Even with no entries remaining in the 300 hurdles or 4x100, Lutheran had locked up a state title by the end of the 200 meters. Platte Valley would finish, even after scoring in both the 4x100 and 4x400 at the end of the day, 19.5 points behind Lutheran's winning total of 82.5.

Platte Valley had a nice state meet of their own, it simply wasn't enough to tame the Lions. Parker Joens pitched the winning shot put to 51-6.25 and John Sponaugle did his part, and more, with a second-place finish in the pole vault, but the Broncos ultimately couldn't find enough points in enough different places.

Relay titles spread across four different teams, with Manitou taking the 4x100, Lutheran the 4x200, Vanguard the 4x400, and Alamosa the 4x800.

Buena Vista picked up its first state title in a while when Cooper Eggleston won the 300 hurdles. Dominic Carrese dominated the 800 and 1600, posting 3A's first sub-1:54 since 2009 along the way. Ben Butler scooted away from the 3200 field for a nice win in 9:25.39. Sterling took a pair of wins with Austin Chavez going 6-2 in the high jump and Victor Zimmerman going 13-6 in the pole vault. Perhaps it's the fact that Sterling is the second-lowest elevation 3A school in Colorado that makes them want to go so high when they get to state? Lamar (the lowest elevation 3A school in the state) deals with this issue by throwing things high into the air.