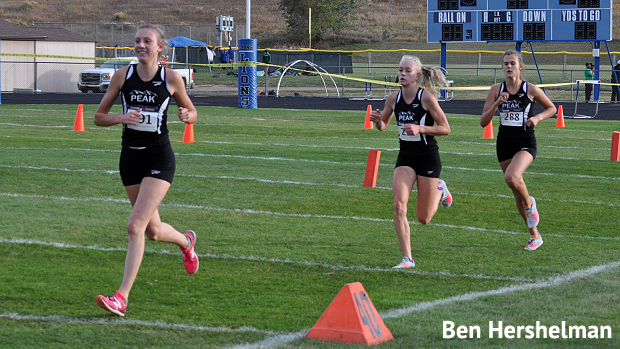 We haven't seen much of this trio in state this year, but they still know how to put a race away.

Under perfect fall skies, the contingent of 3A schools representing mostly Northwest Denver made their way to Lyons, to settle some old scores. Three loops around the yard behind Lyons High School to settle who would live to race another week, and who would call it a season. 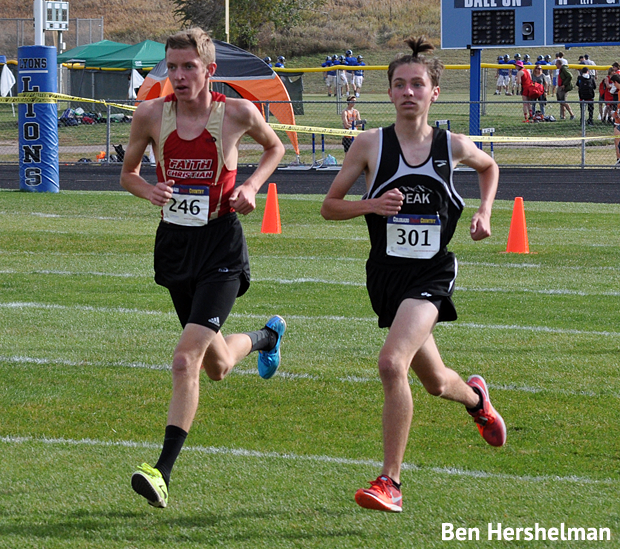 The boys went first in pristine fall afternoon conditions. Coming into the meet, a rejuvenated Faith Christian has been riding the hot streak of a great season, but perhaps still reeling a bit from losing the Metro League championship two weeks ago to SkyView Academy.

Faith wore the status of regional favorite, and after one loop around the course, Faith was clearly in command, as their entire scoring contingent was operating in the top 10. That never changed, and the Eagles never deviated from the course. Campbell McDonough kicked things in first taking 3rd in 16:56. Macklin Brockmeyer was 5th, Antonio Blaine was 6th. Carter Heekin was 7th and John McDonough was 8th. Game, set, match, and Steve Urban's Eagles have fired off a warning shot regarding their goals heading into the state meet next week.

As impressive as the Eagles 29 points were, it is getting harder and harder to ignore the Peak to Peak boys, and the 44 points they scored. Perhaps training alongside one of the best girls teams in the western United States is productive for developing some great talent.

The Pumas have not raced much this season, and for Kim McConnell's crew, it appears to mean they are ready to roll into State. During the season, the Pumas moved past Holy Family and into the second place spot in the region. William Ledden led the charge in second, and Peak to Peak was done scoring when Ethan Monarski crossed the line in 12th.

It helps when your whole scoring crew are individual state qualifiers.

Third place went to Holy Family led by Kyle McCabe's upset win in 16:42. McCabe fought with Ryan Lehmuth for 2.75 loops around the course before seizing the race for his own. Lehmuth crossed the line in 4th to lead the Jefferson Academy boys team to the final state qualifying spot.

Due to Faith and Peak to Peak occupying so many slots in the top 15, there were not a lot of individual state qualifers, but Conner Ellerton from Denver North (14th) and Jeremiah Francis from Denver West will be heading to Colorado Springs next weekend.